One of our excellent student reporters will be writing up an article about today’s archaeology, so I just thought I’d share some photos from my mobile phone to give you an idea of how our day went.

Each team explained their archaeology from the day before

Quick progress shot during coffee break, before the troops returned. It was actually warm enough today to all have an ice-cream.

We’re finding lots of great stuff in the in-fill of the older trenches from the 1960s. Here’s a fab example of a Carling Black Label can. Anyone able to date this?

In the afternoon we concentrated on cleaning sections. We’re starting to think about drawing them. Here are Sam, Miriam, Anne and Alice working hard to get their section cleaned.

Here, Mike and Callum are discussing the Norman Ditch (from the 1960s excavations) and whether they have located the drop down in their section – just under Dan’s feet in the centre of this image.

Tom, Eden and Gareth worked to clear an additional part of the edge of one of the trenches, to find the chalk layer, and get a section through the spoil heap from the 1960s excavation.

Briony, David and Warwick cleared a long section, and found a chalk layer running throughout.

Corinne worked alongside Christina to find the edges of the baulks in their area, and to find the layer that the archaeologists had dug to in the 1960s. They found an undisturbed chalk layer, that we had not expected.

Sam is looking for the edge of a baulk that has slumped into the trench he is in the centre of.

Dan, Dom and Lucy removed top soil. Taking of turf is hard work, but they managed to clear a good amount from the chalky layer that we’ve been finding along the top of the baulks. This will make locating the edges of the square trenches much easier.

Dan helped them to remove the masses of turf and top soil that they were removing.

Dan, taking a deserved 2 minute breather from the shovelling.

The spoil heap was getting rather large, so we delimited it with pieces of flint and Michael and Jake flattened out the ramp and the top part to make wheelbarrowing easier – as Dan is demonstrating here.

There are normally 40 of us on site. And many of us are off doing other tasks. But the trench is still a very busy place!

A shot from the top of the spoil heap, just as everyone was packing up to go home.

At the end of every day, I’m amazed at how much we all can get done in 8 hours!

A general shot of the Eastern end of the trench.

What a fantastic section! A little more clearing and it will be ready to draw.

Another great section. This time with a clear burnt flint layer running all the way along it. We’re hoping to match this up to a layer found in the next trench along.

Briony and David did a fantastic job getting the sections started in this box. Looking forward to seeing what happens here. The chalk patch is massive.

So, a more comprehensive blog post to follow tomorrow, written by Vicky. But I thought I’d get some photos on here, so that you can see what we’ve been up to! 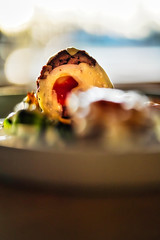 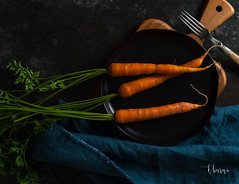 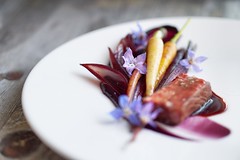